Hand carved, wooden statues at Grouse Mountain Peak outside Vancouver Canada. After a fairly short cable-car ride to the peak I spent a few hours looking around. The statues are right at the “entrance” where the cable-car goes. During the snowy seasons the place is much busier, but there was plenty to see for a half-day activity after the Capilano Suspension Bridge that morning. On the lower portion of the peak I wanted to see the bear exhibit, but the bears weren’t cooperating that day, I wasn’t the only one that was a bit disappointed. There was plenty to see still though. I did take the ski lift up to the peak of the peak, where there was a fairly great view of the city from there, but… it was lightly foggy and at that height I was above the cloud level, so I didn’t get a great picture. I may stick one in tomorrow’s post though. Most single interesting bit of the trip was the Lumberjack Show at the end of the day, well, the end of my time up there on the mountain. More on that tomorrow too. 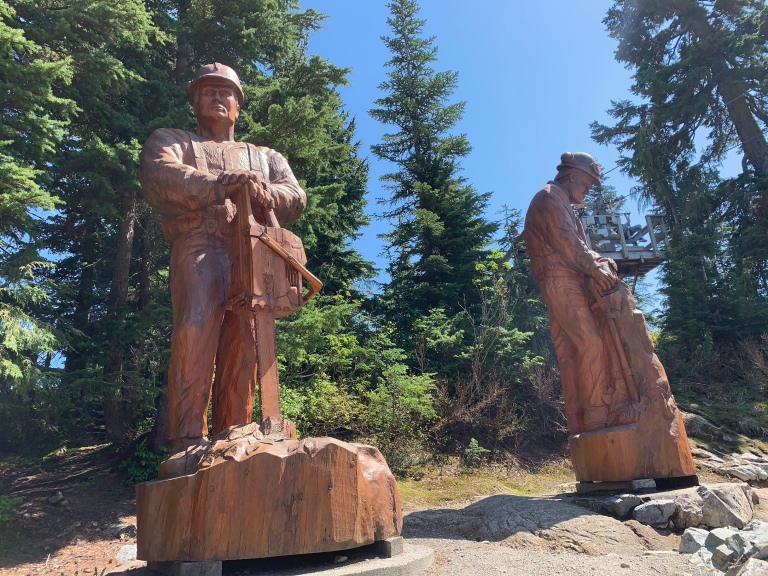