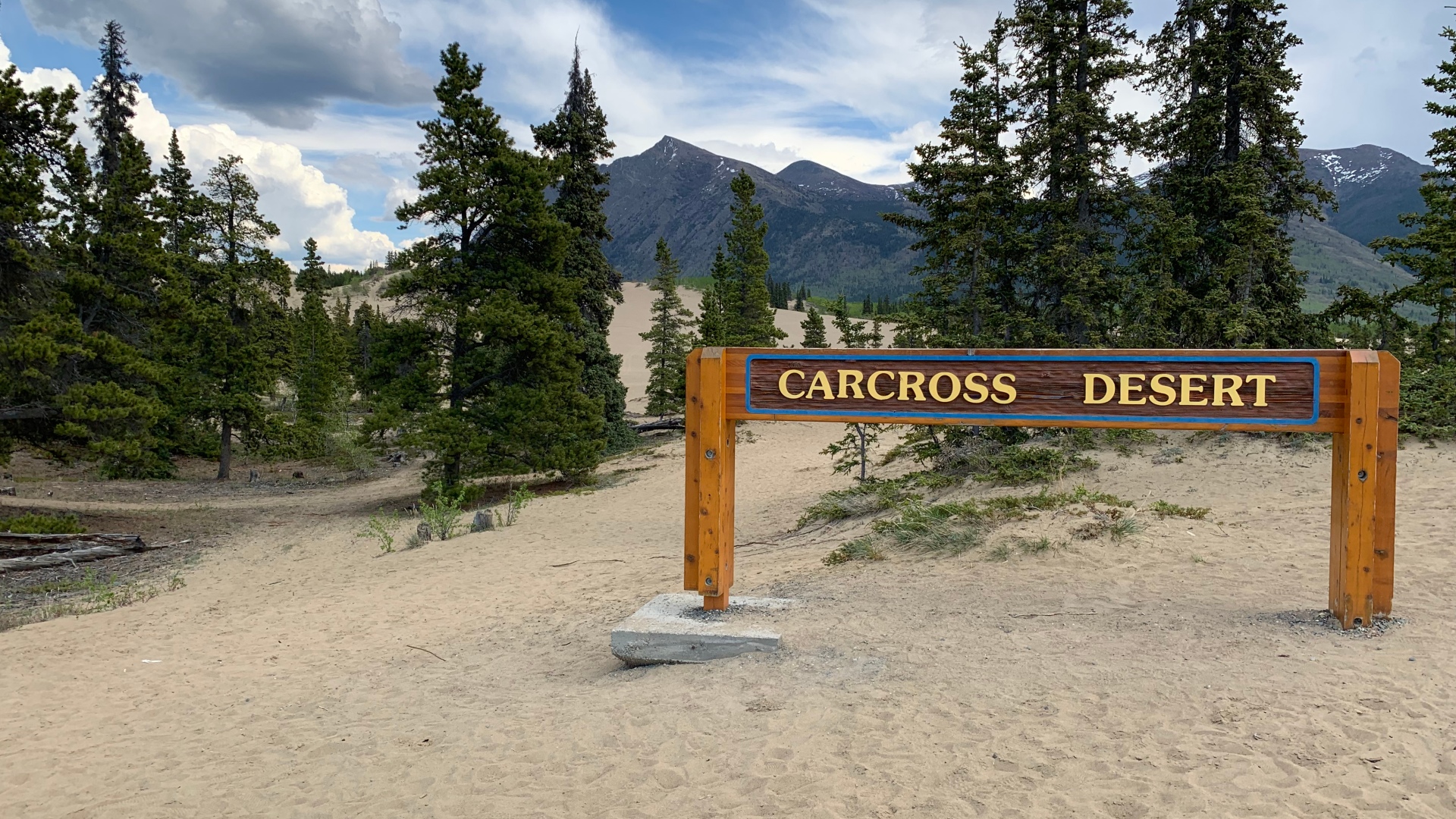 Officially known as and found on a map as, but technically it’s a dried lakebed and doesn’t really qualify as a desert at all due to the plant life and routine rain. Speaking of rain, it started to get very stormy on the way over and I almost scrapped the drive over altogether, but it turned out to be only five minutes (possibly less) away from the town of Carcross by car. So I made it before the rain, it got increasingly cloudy and dark while there and started raining just a few minutes before I had intended on leaving, so I ended up leaving a few minutes early. Was only there for about ten minutes due to the oncoming storm so I didn’t get a couple shots of the mountains in the distance from the far side, but I got some nice shots just the same.

Innocent bystander left in the shot for scale purposes as I didn’t deem the individual identifiable based on the picture. There were two other groups with a collective five people who showed up at just the wrong moment (as I did) to visit before the storm. Shot on iPhone XS. Shot on Moment Telephoto Lens.