In 1985 Alcatraz Island was designated a National Historic Landmark, I went there for the visit to the historic Alcatraz Penitentiary. What I didn’t expect was how much of the exterior land is well maintained as a floral and botanical garden. Seen here are some relatively large succulents, the specific breed I didn’t note (that spot there didn’t have a plaque labeling the plant, though as I recall several places did). The colorful arrangements across the island look nice against the stone walls and concrete backdrops. Unfortunately it was cloudy most of the day and rained as I was leaving so some shots have poor lighting, but most of them came out well (I think due mostly to iPhone’s HDR photography feature). Shot on iPhone X. Shot on Alcatraz Island. 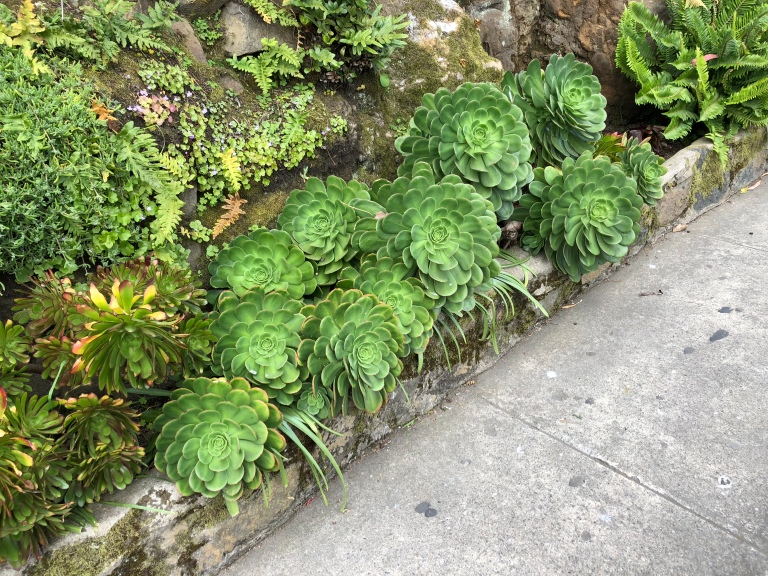